In 1961 at the age of 5, I accompanied my parents to Germany and the Porsche factory in Stuttgart so that my father could pick up his new fjord green 356B coupe. I recently found out that the reason 356 Porsches were offered in so many shades of green over the years was that Ferry thought the car looked best in that hue.

On that sunny hot august day, as Ferry Porsche showed my father through the improved facilities since the time of his order for the silver-gray 1952 coupe, the Reuter factory (where the car bodies were formed), which is right next door to Porsche across a narrow courtyard, was extremely warm and noisy. I was a very quiet child, rarely ever whined, but the massive banging of the drop forge pressing out fenders, etc., was horrible to my young ears—like being on a battlefield. I began to cry.   Probably silently, but I remember the tears streaming and my discomfort growing. How different I was from most modern-day kids who would’ve thrown themselves foaming and screaming at their parents.

My father ignored me as usual, terribly embarrassed by his wimpy son I’m sure, but after a bit, Ferry gathered me in his arms and carried me into the upholstery room, which was soothingly cool and silent by comparison. He sat me down in a freshly made 356 leather seat (that wonderful unforgettable smell) and my tears stopped instantly. This seems like such a nice memory to have and, of course, I’ve been loyal to early Porsche and Reutter ever since.

This brings me to Craig L. who has agreed to make both interiors for both 1955 EMC356s. I couldn’t be more excited. I feel as if Ernest Hemingway suddenly agreed to help me write a short story. 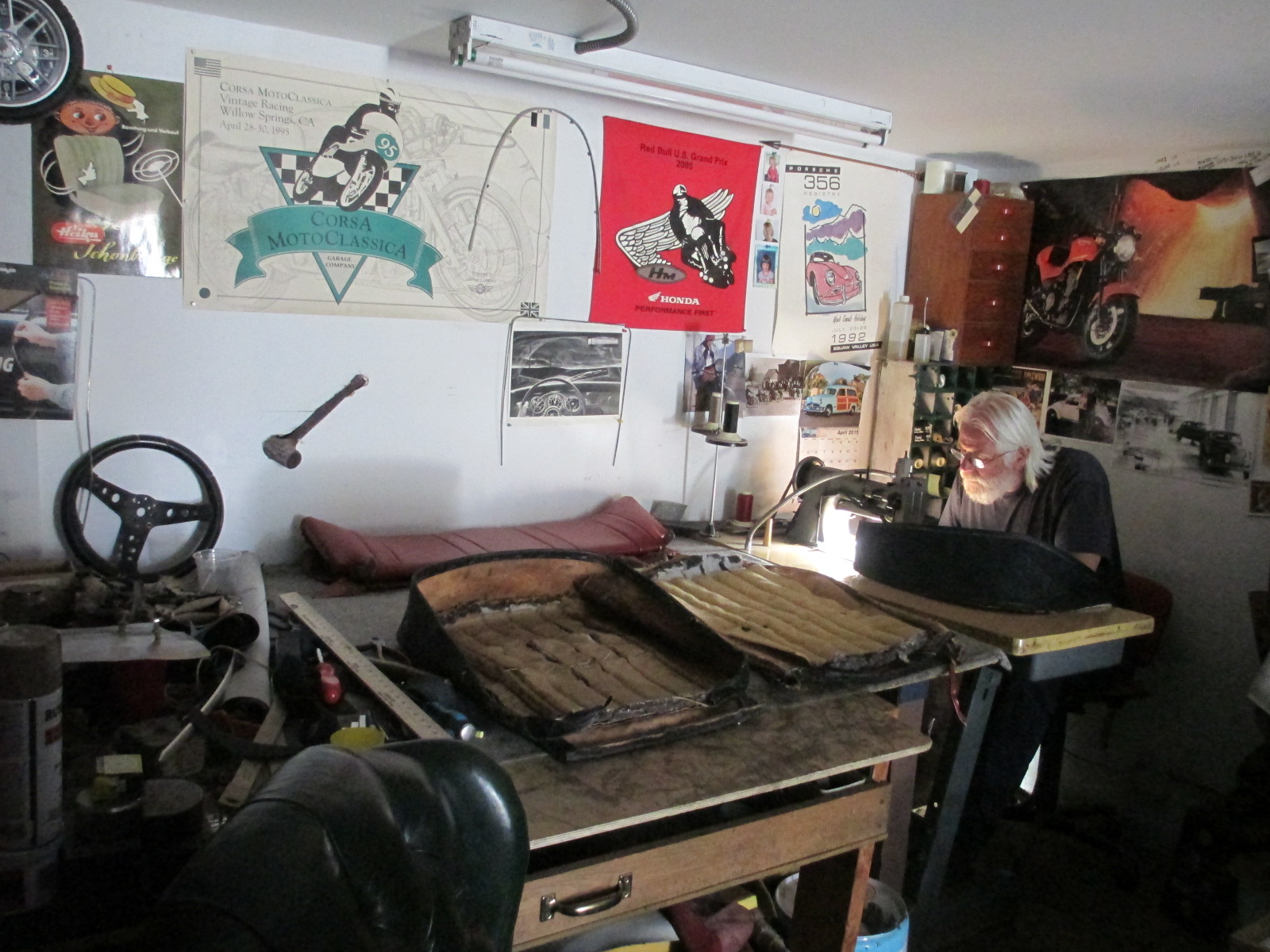 This is Craig in his shop. Note the B&W image on the wall, which has quite the story attached to it.  The photos are both by the car’s owner David Kroesen.  A wonderful guy, I might add, unlike too many Porsche owners these days, he earned and deserves his! 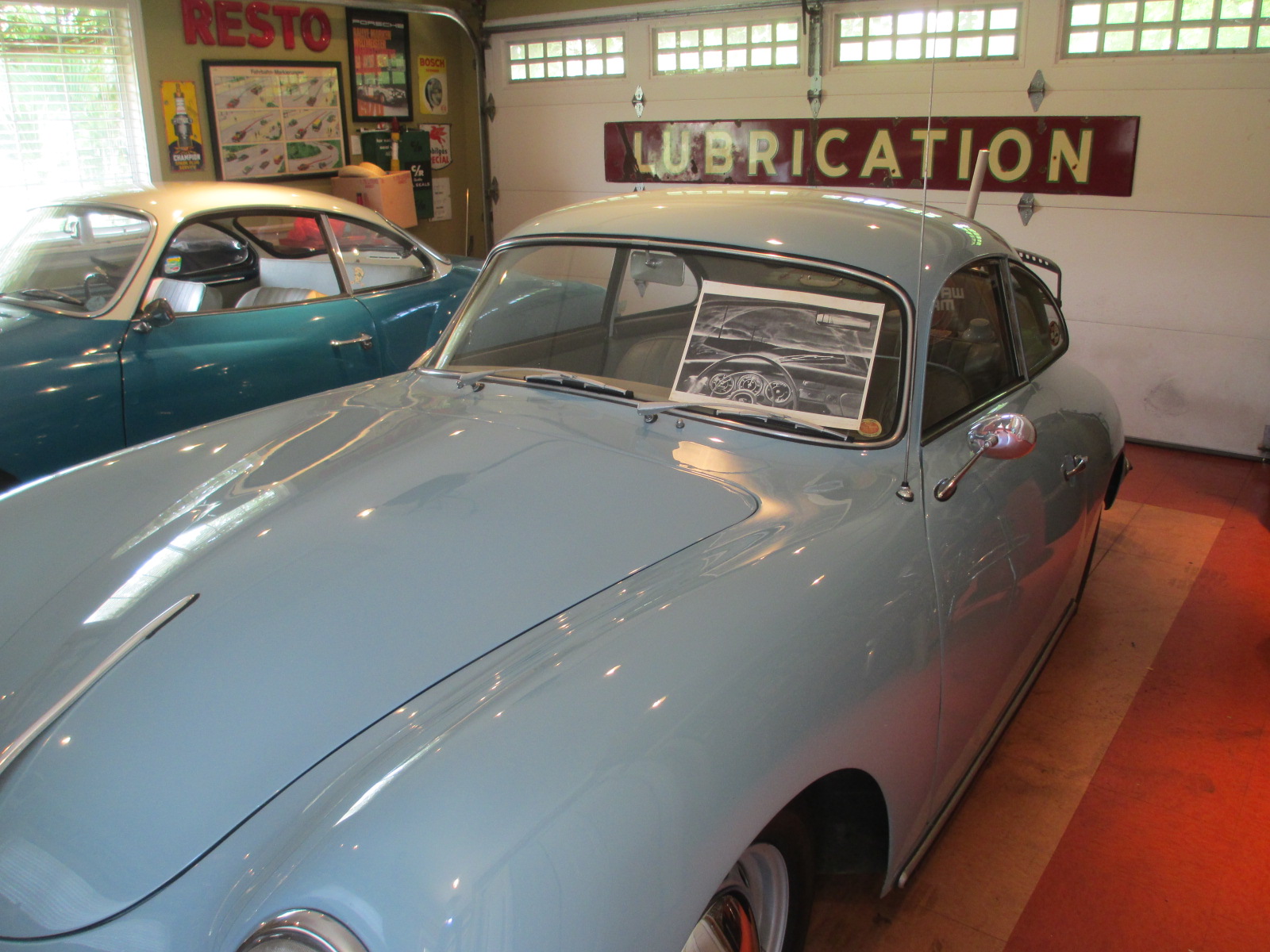 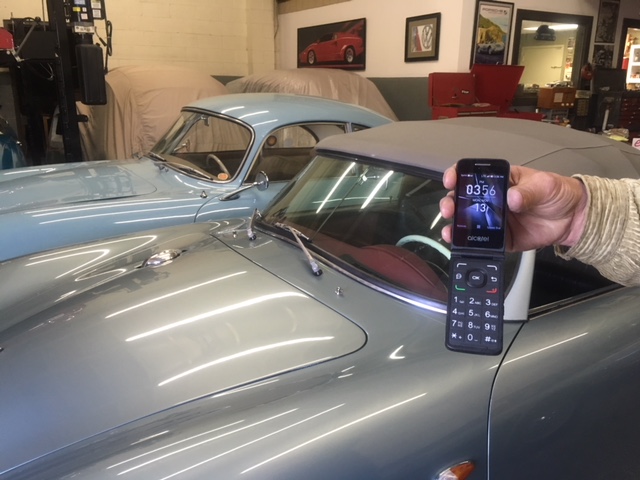 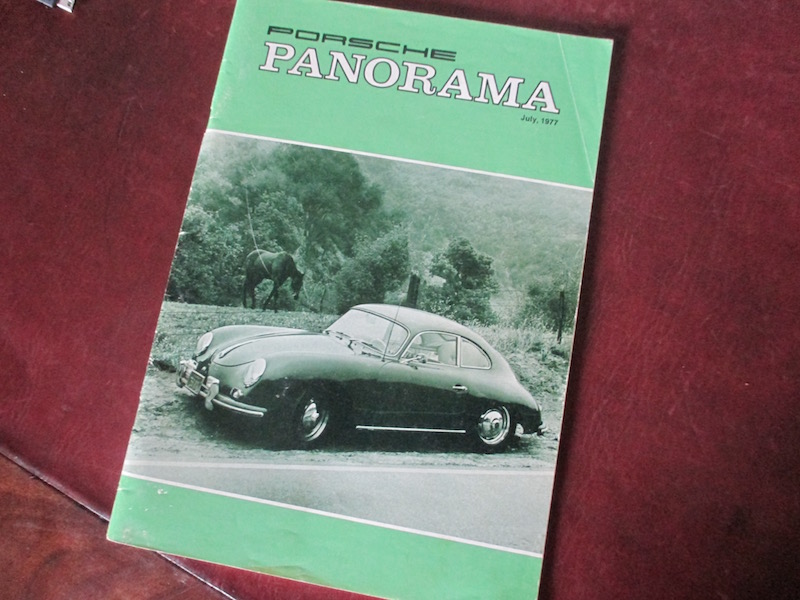 The cover of the magazine that changed Craig’s life direction. 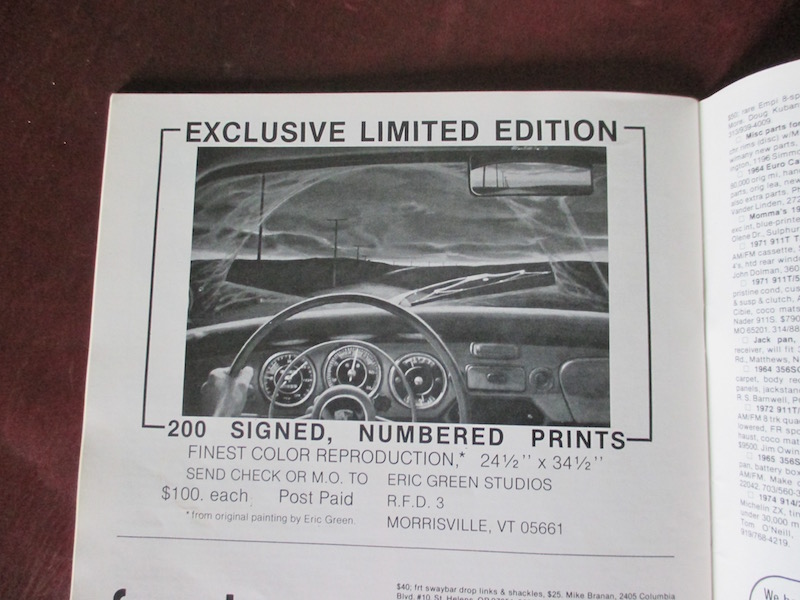 And the small ad that Craig saw that fated day in the late 1970s, which he had printed out as large as possible and passed along to such notables as Steve McQueen and Gary Emory. 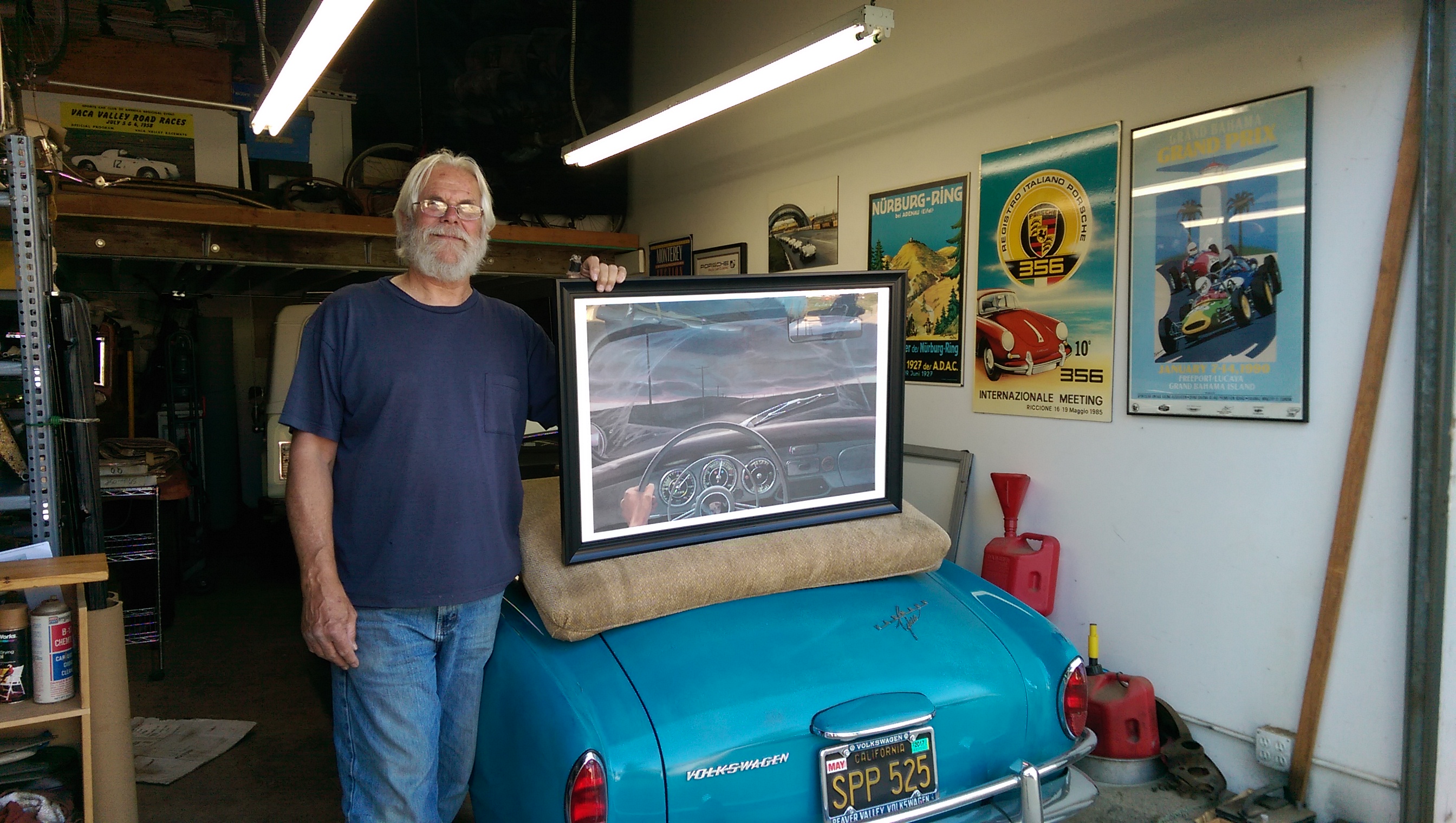 QC reunited by the image that meant so much to him after a longish wait of nearly 40 years.  Cheers to the legend.

And Gary Emory (the guy who coined the term “Outlaw 356”) reunited with his dashboard after his B&W version was stolen 20 years ago.  Photo by my field agent David K, QC in blue. 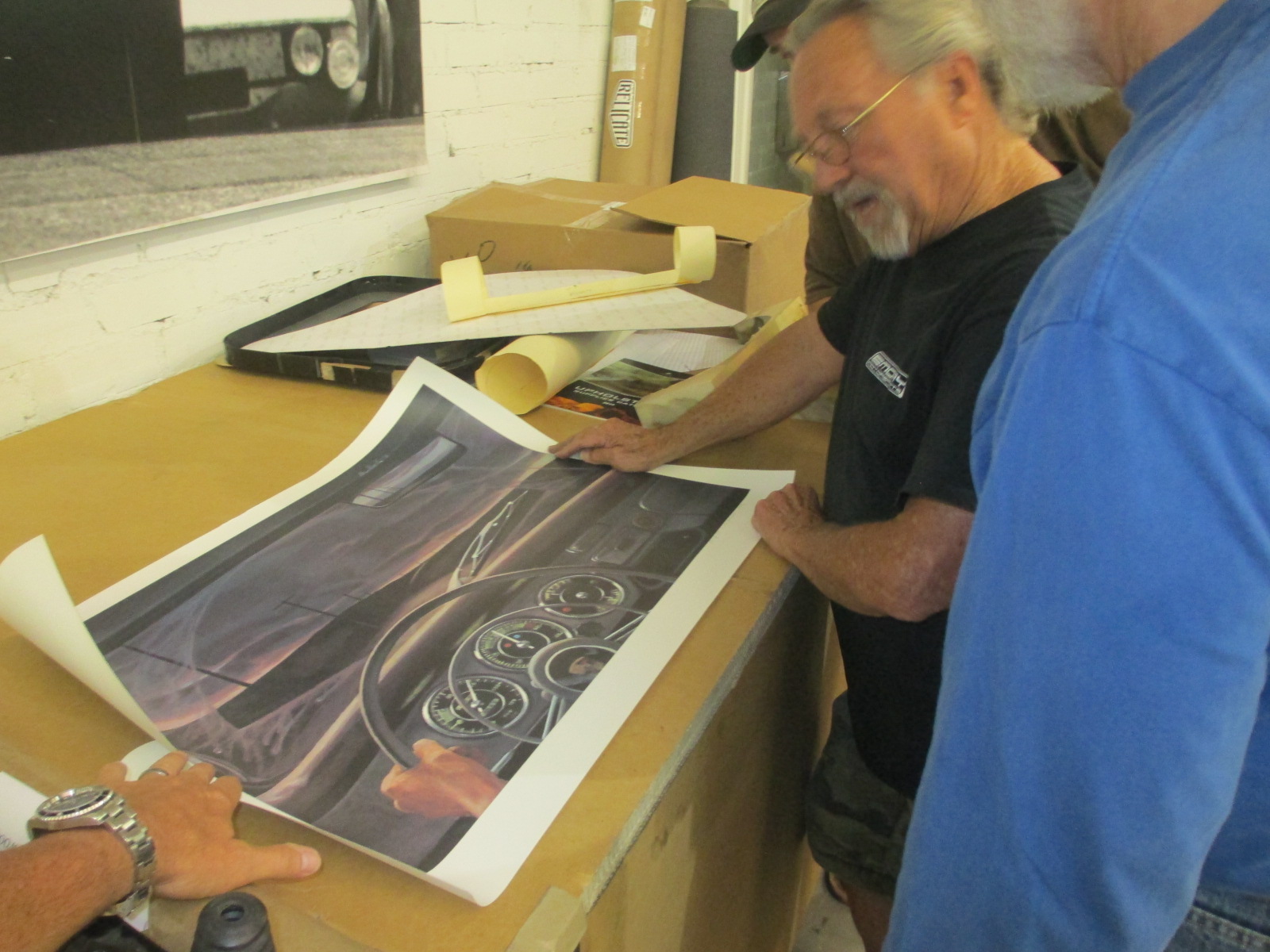 And I’ll end with this fabulously evocative photo by David Kroesen taken from his 1959 coupe in his garage at my 1976 print. 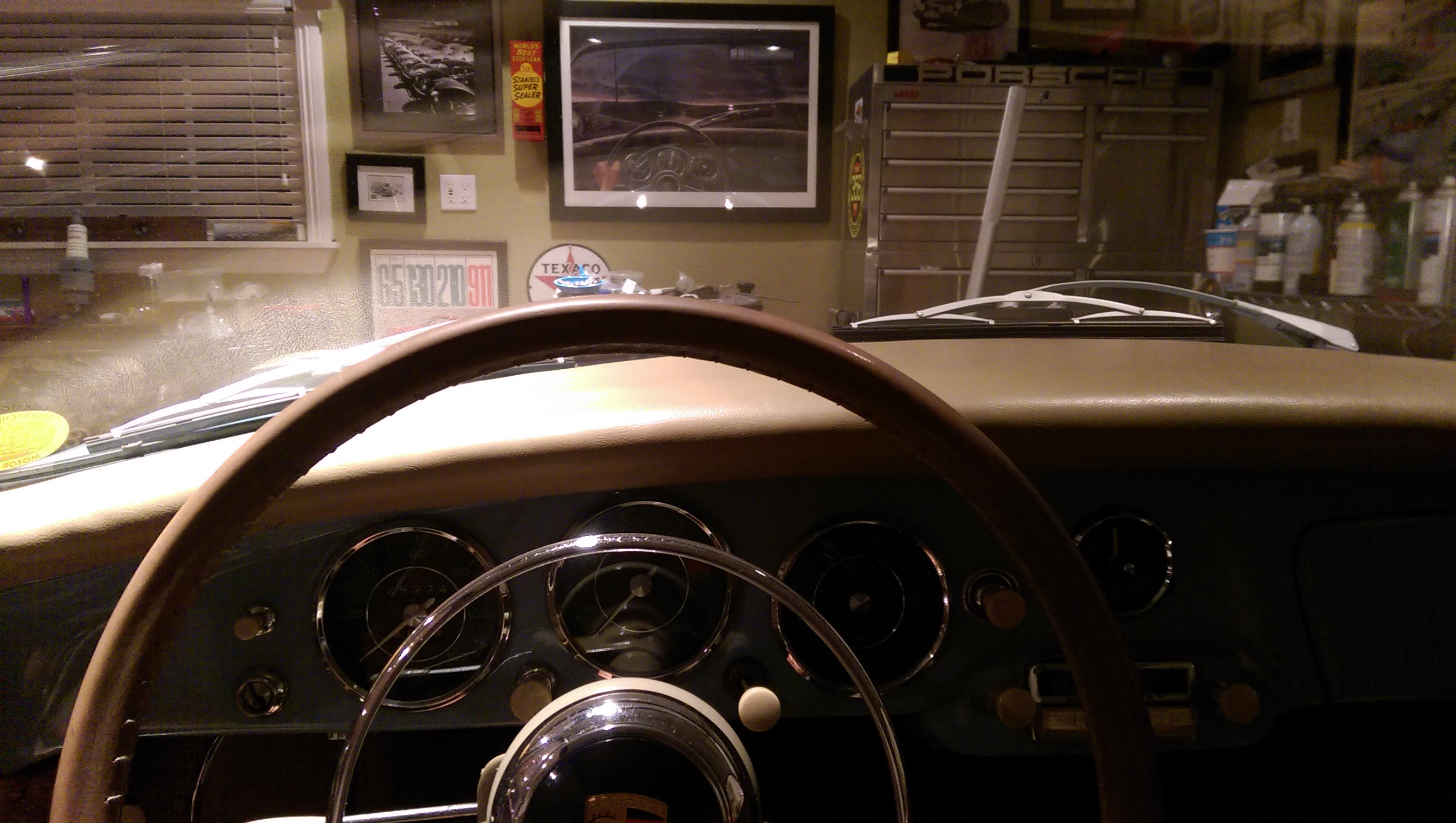 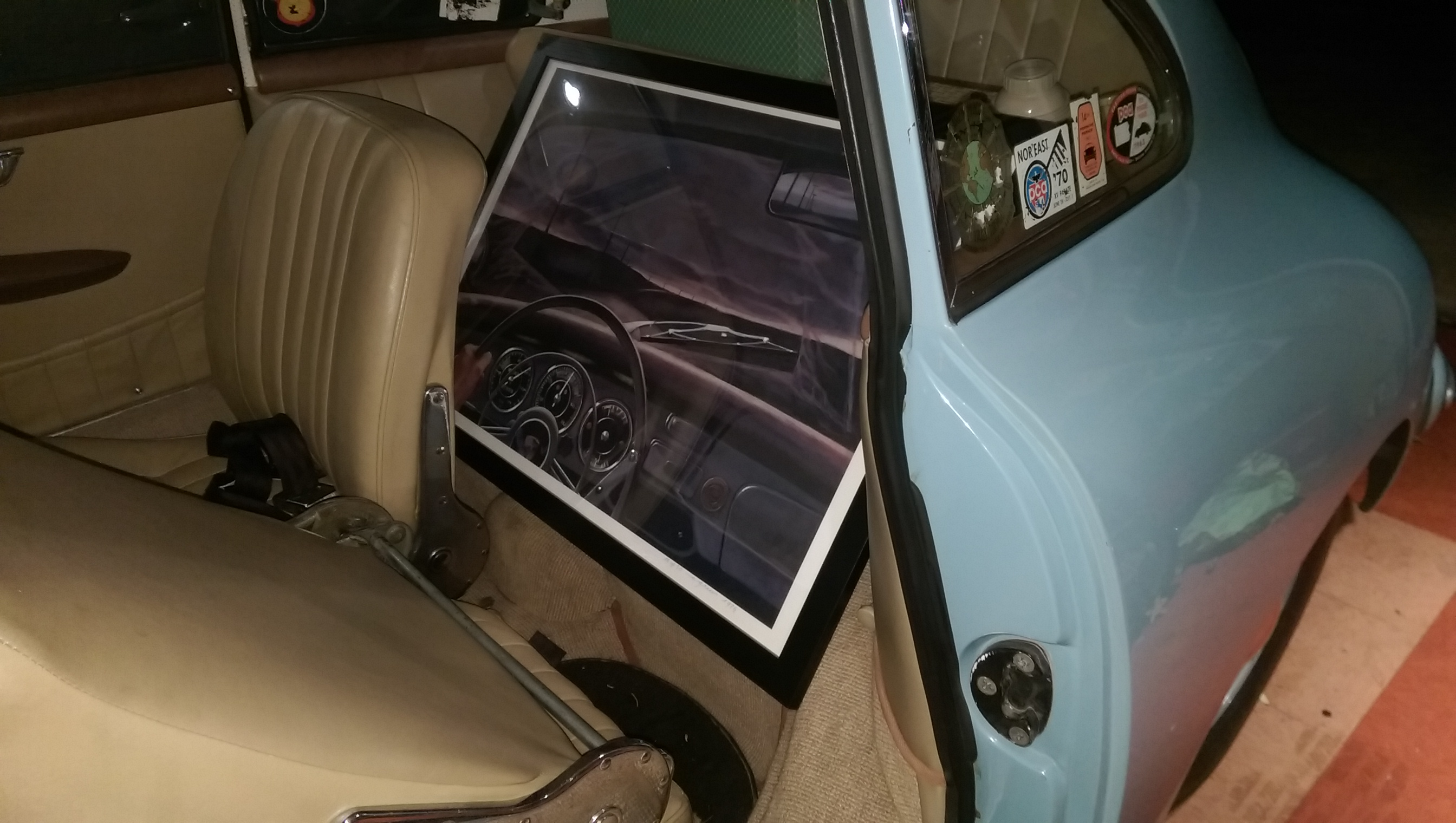 A dawn dashboard print in the back of DK’s 1959 about to be handed off to Jeff Zwart who retrieved it in a Carrera 6!  But it wouldn’t fit!  Photo by DK