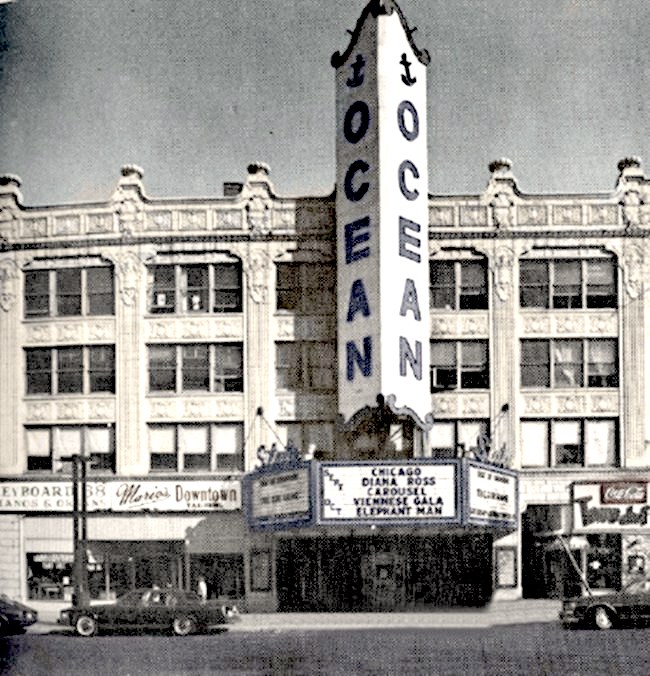 I hadn’t thought of Bobby Black for twenty-five years and wouldn’t have even remembered his name if Irene hadn’t shown up.

Twenty-five years ago I lived in Providence, Rhode Island, staying in a third-floor loft above Duke’s poolroom, and I spent my afternoons playing pool, either there or in Pete’s around the block. At that time, Duke’s was run by Italians, had new tables, a linoleum floor instead of warped hardwood, and housed most of the local gambling action. Pete, a white-haired black man, owned the other room, and though he charged less, his pool tables were about as ancient and level as his floor—too uncertain for real money play. Both halls were second-floor walkups with city views reminiscent of the Depression. Tucked next door was a Greek diner that offered bowls of soup and stale bread for a quarter. Across the avenue was the Ocean Theater with its spire of swirling Deco neon, turquoise waves rippling mechanically down the marquee every evening. Around the corner along an alley, a bar with fifteen-cent Pickwick drafts, sawdust, and angry whores.

That autumn I’d been riding freights across the country and had come back East to search out a friend. He was living above Duke’s with the rest of his grumpy rock band. They allowed me a corner in the loft for my blanket and gave me a job lugging their equipment at gigs. At seventeen I was underfed and wore a slouch cap like a twenties newsboy. I dressed out of Goodwill in baggy wool suits that rarely cost more than a dollar, and I smoked a pipe. Corncobs, briars, one was fired up constantly like the stack of a tramp steamer; pipe tobacco was not to be skimped on and was inexpensive then anyway.

Being from Maine, at that point in my life I’d had only minimal contact with black people besides Pete. His poolroom was usually empty in the afternoons, and I favored the quiet, the cheap rates, and playing pool with him. By evening I was hauling amps and cables, or drinking beer, and mornings were for sleeping. Duke’s jukebox was my alarm clock, the thump rising through my blanket at around noon. Somewhere in me I still carry the bass line of Rock The Boat, which was the consistent morning favorite. During one of our talks, Pete warned me about Bobby Black. Bobby had a reputation for crooked gambling, guns, robbery, and should be avoided if possible.

It was in Duke’s that I glanced up from a shot to see Bobby holding me in the sights of his bored scowl. He was much larger than I was, his body heavily muscled, his face unreadable.

“I ax you a question. Who you think you looking at?”

“You calling me a nothing?”

“I’m not calling you anything.”

“You think you can just look at who you want?”

“I’ll try to be more careful.”

He considered this. “You be watching who you look at.”

I nodded and went back to my game, but it didn’t end there. It started something with Bobby. Every time he saw me, he’d say, “Man, I wants ta shoot you,” or, “I wants you. I wants you, boy,” pointing a finger at my head and clicking. I didn’t want to play Bobby or have anything to do with him. Pete had filled me in: Bobby only played for money, he intimidated his opponents into missing, and he got violent if he lost.

I couldn’t afford to play Bobby. The rock band paid poorly, and even my coffee I managed by convincing a floor girl at the A&P into saving the sweepings from around the grinding machine—a free mix of Eight-O’clock to Bokar. I didn’t need Bobby taking my money, but what bothered me more was that I thought I could beat him. I doubted he could intimidate me. I’d been through a lot riding freights and I felt pretty tough in my own way. Besides, I’d been hustling pool since I was fifteen and knew all the gambits. Or thought I did.

Every day I seemed to meet him on the stairs that the loft shared with Duke’s. “Man, I wants you. What you so afraid of? Come on, boy, let’s shoot. You and that goddamn stink pipe. What’s you smoking in that thing anyway?”

I tried to ignore him and the fact that he scared me. But just like everything else that scared me, I had trouble leaving it alone.

So one afternoon I got on a table with Bobby, even though Pete had warned me again. Maybe the old man could see it coming.

We started with a dollar game. Then two. Then five. I was careful to win by only a ball or two, but Bobby was getting more and more irritated. Finally it was double or nothing at ten. Bobby tried every dirty underhanded trick, but the problem was, he pissed me off so much with all his intimidation and chatter that I forgot about everything else. So on that twenty-dollar game I ran the table. After the last ball fell, for once Bobby was silent.

“You owe me twenty,” I said, which back then was a lot of money to me.

He examined the skinny white boy and my heart pounded. All Pete’s warnings roared back and my anger turned to fear. I wondered if he’d pull out a gun and simply shoot me, but instead, Bobby started laughing and shaking his head.

“Twenty-dollar kid, twenty-dollar kid,” he said and walked out of the poolroom. After that he chanted it at me every time he saw me, but he never suggested we play again, and he never paid me a dime. After a while I was just relieved to be done with it, and a few weeks later Bobby stopped coming around. I asked Pete if he knew anything, and he told me Bobby had been arrested for armed robbery. Soon the rock band broke up over something I’ve forgotten, and I moved on as well. That seemed to be the end of it.

It was twenty-five years later that Irene arrived in Maine. A friend of ours brought her to the house to meet my wife and me; he wanted our impression. He’d met her at a country fair while she was on vacation with a few girlfriends, and had invited her up to visit. A couple weeks later she did. I immediately liked her because she was dressed way too fancy for rural New England. Everything she had on was iridescent cobalt blue—eye shadow, nylons, the three-inch heels, and dangling glass earrings. I could sense that my wife liked her too, and we all settled in the living room with cocktails. Irene was a storyteller and told us about the first time she did LSD; every fifteen minutes she ate another tab because she didn’t think it was working. It took her about three days to come down.

After the third round of drinks, I asked her where she was from and she said Providence. We chatted about the city and I told her about having lived there. She told me the neighborhood I’d stayed in was gone, deleted by the wrecking ball of urban gentrification. We lamented the destruction of so many things in our pasts, and for some reason I thought of Bobby Black and I started to tell her the pool hustling episode. Toward the end of my story, at the twenty-dollar kid part, Irene’s face was no longer that of a polite listener.

I was confused, and told her so, and she started laughing.

“You’re not going to believe this.” She shook her head, her big nest of hair and earrings dancing. She took a long pull from her drink.

“Turns out he was robbing a drug store. He’s got the money, or whatever he was after, and is already on the sidewalk, when he gets this stupid idea. As he said, ‘most fuckup thought of my life.’ There’s something he spotted inside that he wants. He runs back in to get it, but by the time he’s on the sidewalk again, so are the cops. He does ten for armed robbery.”

She looked at me.

“He went back in to grab a few pipes for some kid.”